In the late 19th century the site was rural, and bound to the north-east by the Lanarkshire & Dunbartonshire Railway, which opened in 1894, and the Auchentoshan burn to the south-east. The Forth & Clyde Canal, also ran in close proximity to the site at the other side of the railway. The Erskine Ferry, which was located just 0.3km to the northwest of the site, had been established since the late 18th century as a commercial and passenger route between Renfrewshire and Dunbartonshire. At this time, there was little industry in the vicinity of the site, with two notable exceptions – namely a print works in Dalmuir and the Auchentoshan Distillery.

In 1906, a shipyard was built adjacent to site by Napier & Miller where they built sloops and minesweepers for the Royal Navy during World War I.  During peacetime, the shipyard was used to build and repair merchant vessels, before passenger ships were built during the 1920s. Over 120 ships had been built by the time the company built their last ship in 1930 before the business ceased trading during the Great Depression.  The site of the former shipyard is now occupied by Subsea7 and Logitech.

Towards the end of WWI the Admiralty, the British government department responsible for the command of the Royal Navy until 1964, constructed a Naval oil fuel depot in the surrounding area including on the site of the proposed SMTP site.

The site was used as a Ministry of Defence strategic storage facility for fuel and deep berthing facility during both WWI and WWII.

Twenty above ground tanks, each storing heavy fuel oil, were located on the proposed SMTP site, with several more located in Mountblow on land to the north-east of the canal. This can be seen in the image above.

The oil depot was connected to similar facilities at nearby Dalnottar, and at Finnart near Helensburgh, and was supplied via a pipeline which ran along the Forth and Clyde Canal to Grangemouth. 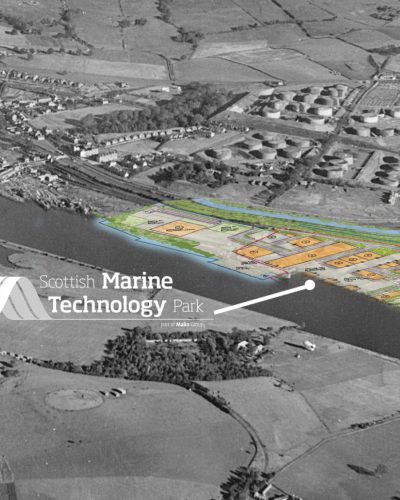 Raised bunds were constructed around the tanks during WWII to contain oil spread and provide access to the tanks in the event of damage from enemy activity.

A berthing jetty was located on the riverbank in the central part of the site, with a pump house positioned nearby for transferring oil to the docked tanker ships. This can be seen in the image above, with a vessel docked ready for loading. A harbour was also located in the northern part of the site.

The oil fuel depot and various industrial works including factories situated along the river Clyde made the area surrounding the site a strategic enemy target. The river and the Forth & Clyde Canal also acted as useful navigational aids for enemy aircraft, enabling them to use the waterways as key reference points. It is therefore unsurprising that the area was heavily hit throughout both wars, especially during WWII. This latter series of strikes, part of the infamous Clydebank Blitz, resulted in the loss of one oil tank near the jetty and damage to at least one more. It also raises the real risk of unexploded devices in and around the site, which must be carefully considered in all surveys and ground works at the site.

The site remained operational as an MOD fuel depot until the 1960s before it was closed and transferred into private ownership. The fuel tanks and oil terminal on the site were bought by French oil company Carless and used as an oil refinery. The layout of the tanks remained the same as in WWII, as shown on the image above. The former railway running adjacent to the site was no longer used and had been dismantled.

During the late 1980s, the fuel storage tanks at the other side of the canal to the north-east of the site at Mountblow were demolished and have subsequently been replaced by housing developments. The rest of the oil refinery remained in use until 1982 before it was decommissioned in the 1990’s with the demolition of most above ground structures including the oil tanks. However, the jetties (quay), storage tank bases and areas of concrete hardstanding remained. 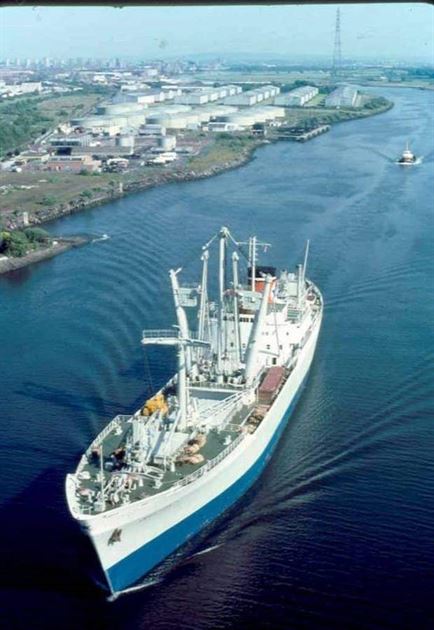 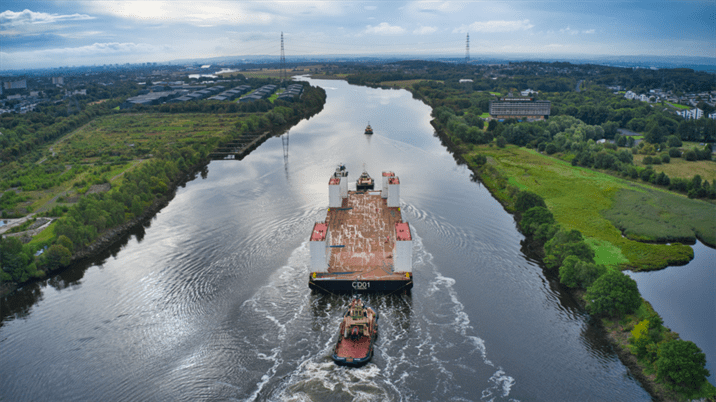 The site remained vacant and derelict until 2017, when Malin Group purchased the land. This bold step was informed by a series of surveys and studies which illustrated the vast potential of the site and its suitability as a marine technology park, particularly due to its location with direct quayside access.

Detailed planning consent has also been secured for phase one of the SMTP which includes a large fabrication facility for Malin Group, consent for a deep-water quay with a heavy ship hoist, and a remediation strategy required to develop the former oil storage site.

The first phase of remediation, tackling the land contaminated due to its former use, is already underway alongside the design of a new quay to replace the dilapidated existing jetty structure. A flood compensatory storage basin is also being constructed in early 2023.

An application for planning permission in principle (PPIP) will also be submitted to West Dunbartonshire Council, to enable the development of the industrial and commercial facilities envisaged at the SMTP. The purpose of this PPIP application is to establish the appropriateness of the proposed uses, that is, the establishment of a technology park with a focus on marine manufacturing and research & development. A PPIP addresses common planning, environmental and statutory requirements for the land which helps attract investment by streamlining the process for potential developers, who would still be required to submit detailed planning applications for any proposed developments.

To find out the latest updates including progress on the enabling works including site remediation, planning applications and construction of enabling infrastructure head over to the SMTP News section of our website.

Discover the latest news and updates from the SMTP team.
Find out more

Discover our masterplan, timeline and resources for the local community - including Malin Young Engineers!
Find out more

Discover our ambitious vision for the SMTP site.
Find out more

Discover the opportunities to get involved, from visiting to investing or becoming an occupier or developer.
Find out more

Meet the SMTP team and get in touch.
Find out more