Mainstream, one of the key partners in the Malin Spotlight Series, has signed an option agreement with Hunterston Port and Resource Campus (Hunterston PARC) for the onshore infrastructure to support its proposed offshore wind farm project.

The development is part of a long-term deal which will bring new employment and career opportunities to provide a sustainable future for many in Ayrshire.

Mainstream has secured land at the facility to build the enabling infrastructure for the offshore windfarm, including the substation as well as the cable landing.

The contract is the latest step forward in Hunterston’s vision to build and develop a facility to service and grow the blue, green and circular economies.

The latest deal comes just three months after Peel Ports signed a similar agreement with cabling company XLCC for a major facility to include two factories, which could further generate 900 jobs.

Mainstream has developed over 20 per cent of the UK’s offshore capacity which is either in construction or operation.

Completed 1979, Hunterston Ore Terminal was one of the deepest water terminals in the world and handled 10.3million tonnes of coal a year at its peak. The marine yard was used to build oil platforms between 1978 and 1983, and as a dry dock between 1988 and 1993. Since Hunterston’s closure in 2016, focus has been placed on site remediation, securing planning and repositioning.

Hunterston Port and Resource Campus is a nationally significant industrial and multi-modal port located just 40 minutes from Glasgow. Its strengths lie in its location with its deep water port, on-site rail connectivity, national grid connections and its sheer size, which allows for a broad range of options for occupation.

Peel Ports’ vision is to redevelop 300 acres to create a nationally significant Energy and Marine campus, bringing together leading industry operators, world-class universities and the latest innovators, to deliver technological advances in areas such as power generation and aquaculture.

Andrew Martin, Peel Ports’ Group Land and Property Director, said: “We are excited to be working in partnership with Mainstream as part of the wider regeneration of Hunterston.

“Mainstream is a highly respected and credible developer of off-shore assets, and we welcome their long-term commitment to Hunterston PARC.

“Their team buys into our vision for Hunterston and are committed to working with us to develop it further; including the potential for producing green hydrogen.

“Hunterston is one of Scotland’s largest brownfield sites and its largest deep water port. This agreement demonstrates the role it can play in meeting the challenge of a green economic recovery.” 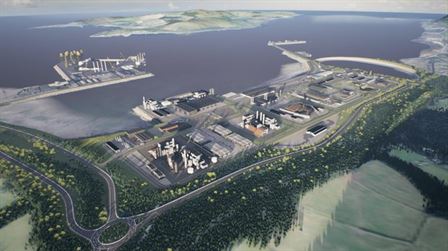 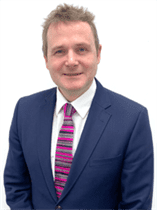 Cameron Smith, Mainstream’s General Manager of Offshore, said: “Mainstream is committed to working in collaboration with Peel Ports to help develop the park at Hunterston to service the green economy.

“As one of the first anchor tenants to buy into their vision, we have secured crucial acreage to build our onshore connection infrastructure and will work with Peel to develop our associated hydrogen production and other facilities.”